Brandon loves cheesecake. Who doesn't? So, for our anniversary, I wanted to surprise him with some mini cheesecakes (they're way easier than a regular cheesecake). 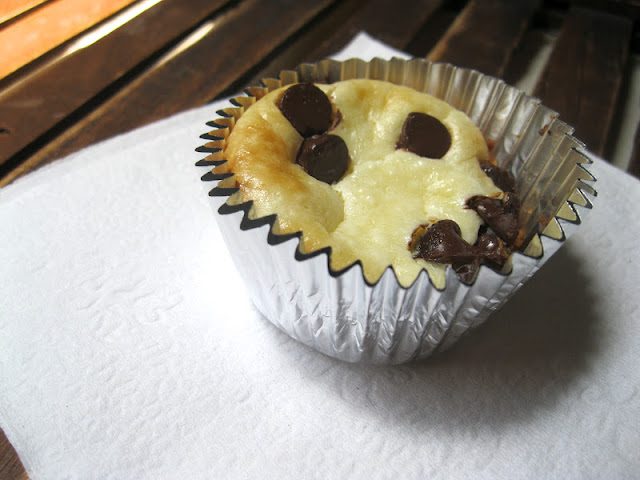 I used this simple recipe but just altered it to make a few less.

Mix melted butter and graham cracker crumbs together and press a spoonful of the crust mixture into each cupcake liner.
With an electric mixer beat together cream cheese, sugar, egg, and vanilla until smooth. Use a spoon to fill each cupcake liner about halfway.
Bake at 350 for 18-20 minutes and then move to fridge to cool. 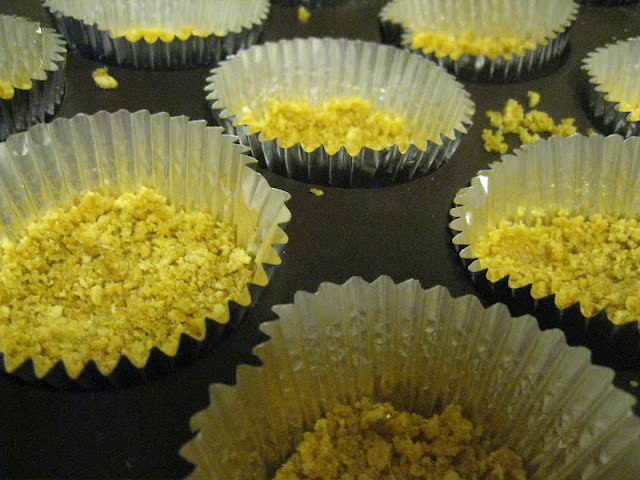 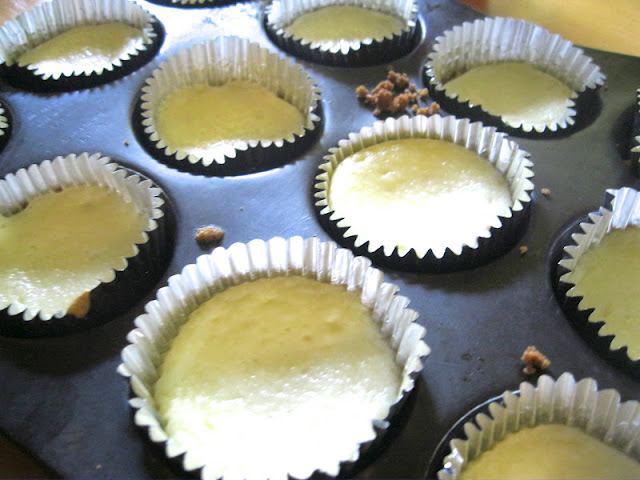 Chocolate chips make everything even better so, add them to the batter while you're at it. 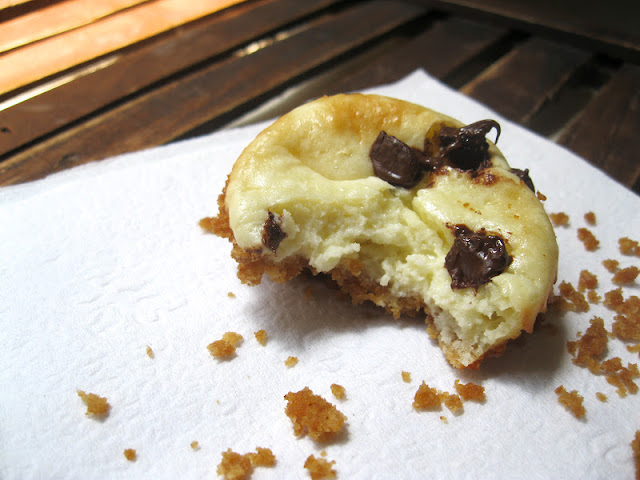 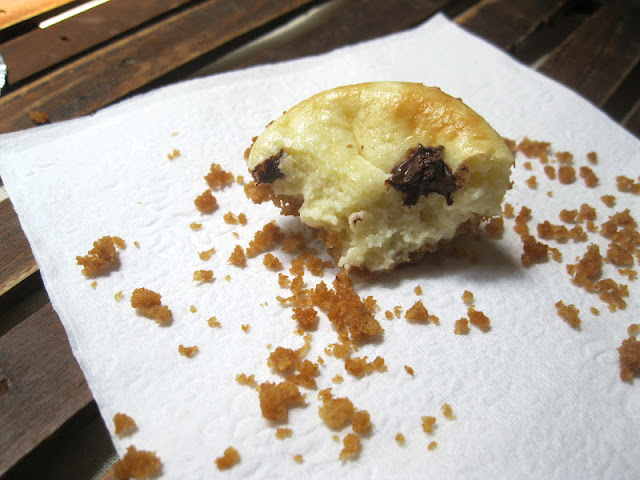 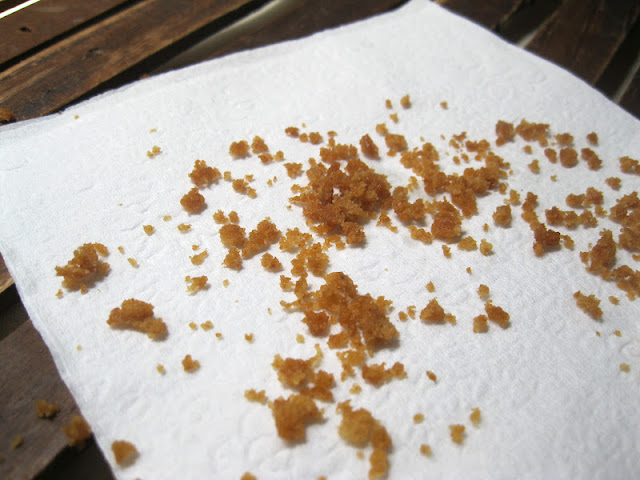